Hi,
I am using a SSAO module which was ported from m4d from martin uppitis.
previsously in b32.1 everything was fine.

In b33 with the same dx11 pack there are strange artifacts appearing suddenly.

If I switch of all other postFX it is clearly coming from the SSAO.

The wired thing is that it does not appear when I isolated the SSAO in a new patch with b33 together with the heightmap stuff.

But does someone has a guess? 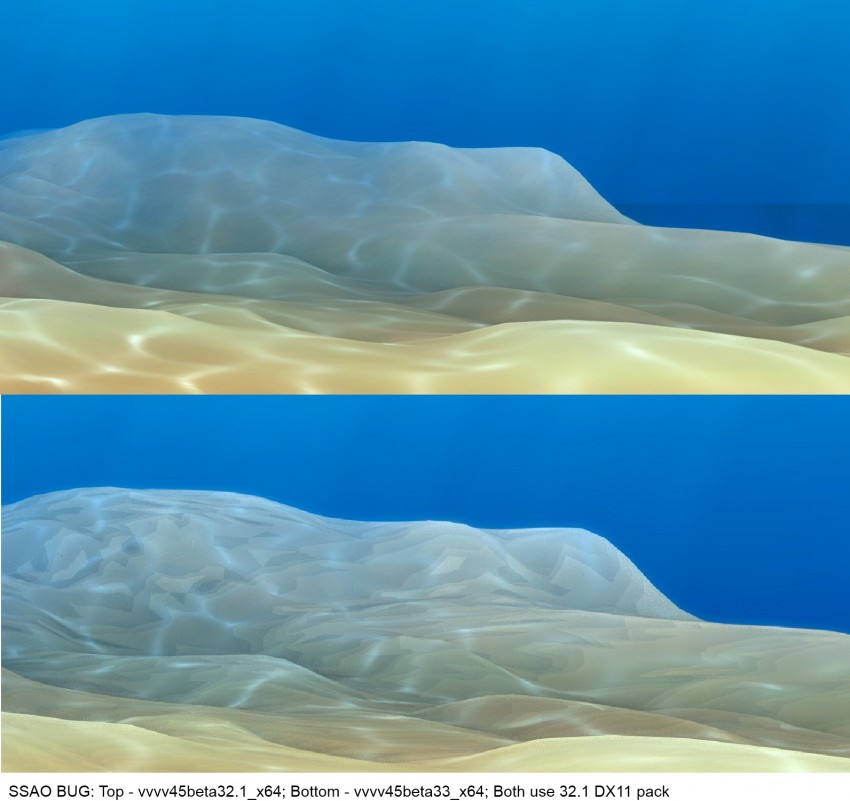 not sure ssao shud affect color, it technically blended over…
anyways it’s hard to tell by picture… since i’m not exactly sure u see a distorted texture, or incorrect ssao
P.S. just a guess it looks like something with normals or something like that…

have you also tried with forum-alpha/dx11-latest-alpha-build

I would love to see your adaptation of M4D’s SSAO. I am struggling with DX11 SSAO, the MRE 2 example is way too complicated, I am looking for simple implementation and I think porting the old MRE SSAO to dx11 is the way to go. I have deferred base and i understand SSAO from old MRE but I need PHONG too and obviously gonna use renderer MRT to get ,color, position and normals. ANY EXMAPLE DAVID?

I can share the SSAO fx according to the author m4d. It is just not tfx but still needs a quad geometry and a renderer temp target pass. Anyway nice SSAO

oh, that is from another iteration of a renderengine that never came to be. all ssao code courtesy of martin upitis btw. i should just make it into a tfx and and put it in dx11 girlpower or a contribution.