I’ve been working with VVVV for a month or two now, and as part of my practicing, I’m trying to recreate some elements of other artists’ works. I’ve been relatively successful in most attempts, but there is one example that is really stumping me.

In this video by Aoki Takamasa (and probably Ryoichi Kurokawa, because this looks exactly like Oscillating Continuum – and they’re on the same label), they achieve a striking level of detail in and around their sine-wave object. There is a complex web-like connection between the individual lines making up the wave and small particles hovering above (also connected).

I’ve tried a couple of things, but am having difficulty recreating this organic look. I was using the pairwise and/or connectall nodes to try and replicate this effect. I’ve also tried attaching a random spread to where the lines connect, so that I get more “webbing.”

Are there any methods VVVV users would like to suggest to put me down the right path? Is trying to connect points the right thing to do? Do my lines need to be made of discrete sections? Is this actually some kind of mesh receiving its shape information from the same source as the wave?

Anyways, just looking for some help and guidance.

Thanks for your time!
ar4wy 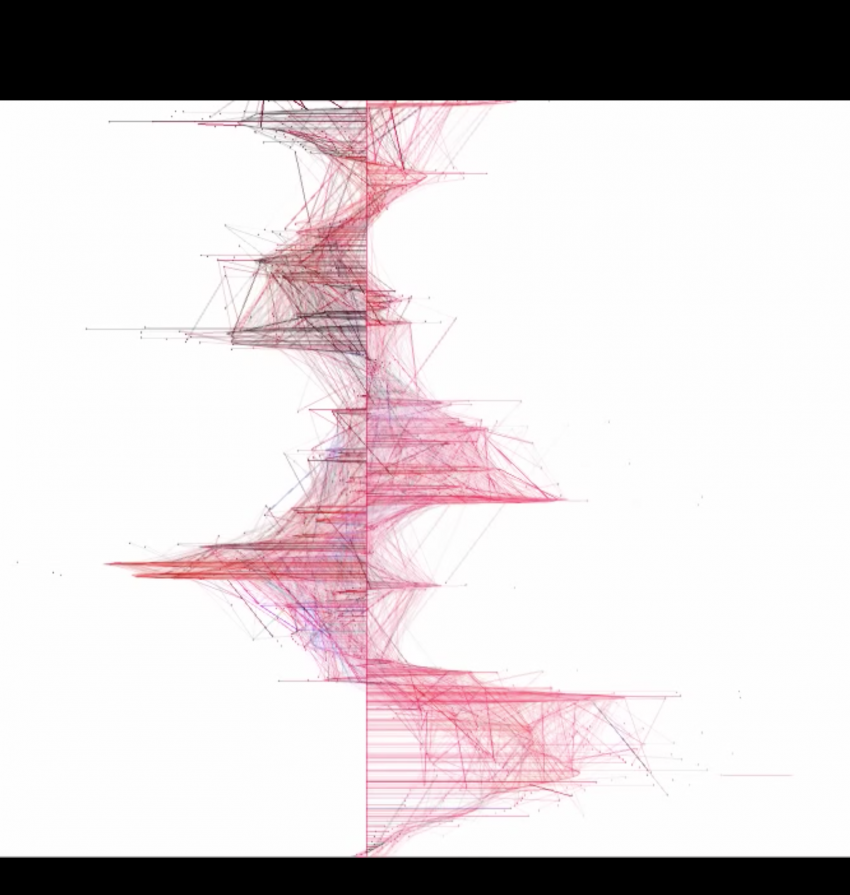 looks like a mixture of different rules.
connect all with distance threshold is one of them, probably also different thresholds (plugin attached doesn’t have spreadable distances yet).
also some lines are just a pair of x and sin(x) (respectivley y and sin(y)) …
as a start, see patch attached.
as for the density, you might want to do this on the gpu, or not realtime. connect all gets quite heavy.

Thanks for taking the time to do this! This is a great place to start.

How would one accomplish this on GPU? A shader? I googled ConnectAll GPU, and it seems like some people have been trying to do a shader before, but that it’s quite difficult.