Can't get my Kinect working?

Hey Everybody,
I’m new. I would love to try around a little bit with vvvv and a microsoft kinect. So I went out and got mine a used kinect which should work.
But I actually don’t get it running… maybe somebody could help me?

What happens is when I open the Kinect Demo Patch (Microsoft) everything seems to be alright - but when I plug the Kinect into USB the Kinect Node itself turns red.
In my devices Manager there was all about kinect shown up, including speech control and kinect camera.

I tried the OpenNI Patch and drivers but when I started the Demo Patch I got no driver shown up in the kinect node? I tried connecting to RGB and User Nodes but nothing at all…

So I am using win7 on a MacBook Pro (Bootcamp).

Here are 2 screenshots, my programs and what it looks like…

I tried to delete all drivers but probably it didn’t work…? 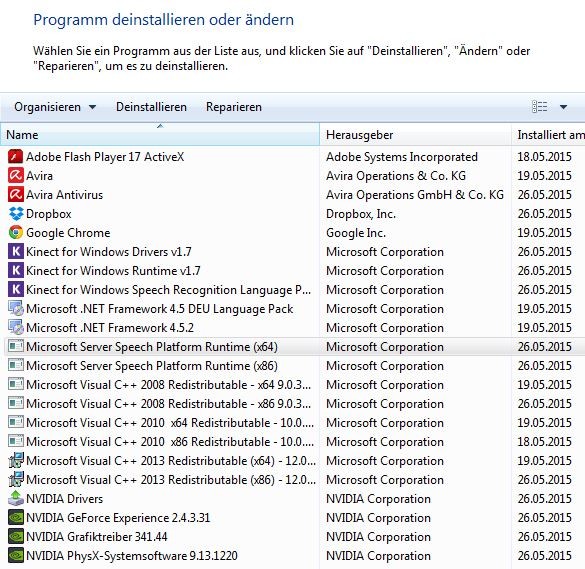 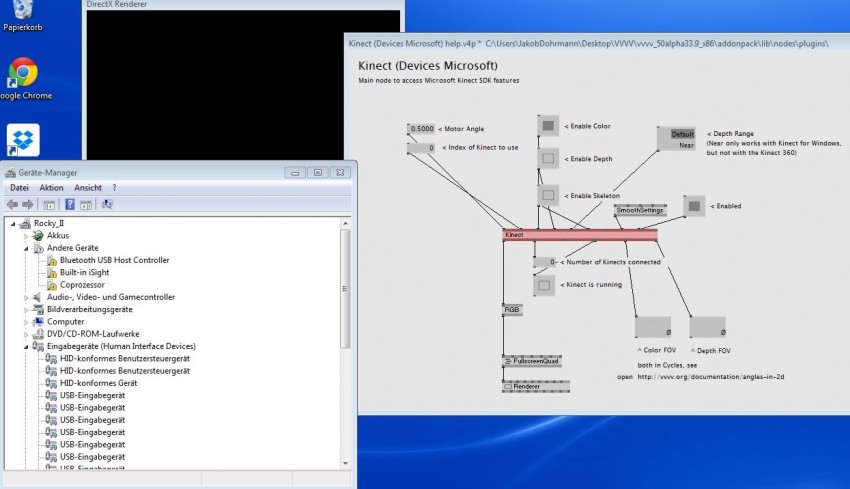 @jakob: when you upload an image you also need to press the “Insert” button afterwards in order for us to see the image!