A project on smoke interaction

Hi, I’m really new and inexperienced with vvvv but I’m getting there.

So basically I’m doing an art project where the viewer affects the flow of smoke stream. I shot some nice footage from a burning incense stick.

At the moment I use a webcam to track motion(Trautner), then the output (change in pixels) go through a few basic steps and is then connected to the seek position pin on the FileStream(my footage).
More movement = different part of video. It works OK

I just thought if I could have a rendered stream of smoke, the interaction part can be much more realistic. I just started to experiment with Particle systems but I’m really still a noob.

Anyone got a patch for me which renders smoke or something similar? Any further ideas would much be appreciated.

Im going for this idea: 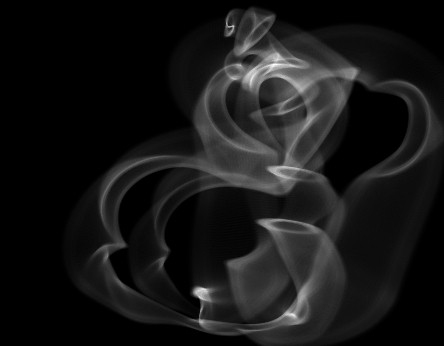 Screenshot called draw_pimped, got it here .Anyone have a idea who made this or how to make it?

i made this and its based on a patch from master gregsn.

http://vvvv.org/tiki-download_file.php?fileId=1130draw.v4p (27.69 Kb) there are some topics to cover. i will try to do that soon. however the lazy animation of the brush is already covered

just a matter of tweaking and the right texture to get something like smoke.