Hi guys,
is there a way to control smart power plugs with vvvv? I would like to control these kind of products: 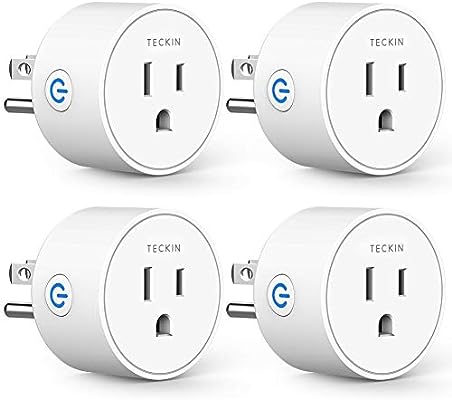 These products are compatible with Alexa, Google Home and IFTTT but I don’t know how we can control by vvvv.

I am using Philips Hue at home, which is based on a Zigbee protocol.

All I need to do is send some json snippets to the Hue Bridge over UDP over my private Wifi, and it will translate it into Zigbee commands, controlling the actual devices. Super easy, really.
Osram, and other vendors sell compatible AC switches (similar to the one shown in your post).

That said, I don’t have any first-hand knowledge about cloud-connected smart home devices, and tbh I don’t intend to try any time soon.

If you want to try with Hue have a look at:

And there is also the DeConz Api which allows communication with with Zigbee devices through a ConBee dongle for example.

Was looking at that stuff recently but haven’t really come around to try it out. Also thought ZigBee might be a nice addition to Schéma by @domj

There are also many .Net libraries that do that. Probably also available as nuget. So that might be an easy patch in VL.

Also thought ZigBee might be a nice addition to Schéma

It certainly would and the intention is to support a wide range of devices via pluggable output modules. I don’t currently own any ZigBee devices though so I can’t test.

I have used vvvv to control LIFX bulbs which seem to be closer to the smart plugs linked here as they connect directly to your WiFi (no ZigBee bridging). LIFX has fully documented their local network UDP API though so it was fairly straightforward to implement color control.

Not exactly sure about these though - the https://www.teckinhome.com/ website seems very much under construction with most more involved links not working.

There’s basically 2 ways these smart devices are controlled, either directly locally through network messages (sometimes through a bridge devices such as with ZigBee devices) or triggered by cloud services ran by the device manufacturers.

What currently seems to be the dominant way and paradoxically easier for both device and assistant manufacturers to implement is the cloud based approach. Apps and assistants (Alexa, Google, …) send HTTP requests to the cloud services which then handle notifying the devices. Of course this requires internet and is dependent on all the services functioning. The local way requires the controlling logic to be transferred onto some master device (phone in the form of an app, JS applets on Google Home devices https://developers.google.com/assistant/smarthome/concepts/local , etc.), which is platform dependent but may result in lower latencies, higher reliability and (if not ussing assistants) no dependency on an internet connection.

What it boils down to for you is that most likely to control these you’d best know the API of the manufacturer’s cloud or ideally the local one. Lacking these you might attempt reverse engineering by sniffing the traffic but you might run into dealing with encryptions. So maybe the easiest for you, given that the manufacturer of these supposedly provides IFTTT support (Smart Life service), is to create IFTTT actions that you’d then control from vvvv’s HTTPPost using the Webhooks service ( https://ifttt.com/maker_webhooks ) as trigger. Using this you can expect to experience seconds of latency between a trigger and the plug switching.

If you need immediate responses and offline operation than look into ZigBee devices (such as those recommended by bjoern and velcrome) that are usually well documented, other WiFi devices with a documented local API. Or build your own, possibly using the ESP8266, a relay module and plug/socket of your local variety. This may not look so pretty and is gonna suck if you need a lot of them.