Ok, so i finally got Windows running on my Retina Macbook and have vvvv running nicely. Just all the node names are so pixelated that they are almost not readable.

Please look at the attached screenshot.

Is there a workaround?

Im running at native resolution right now (2800x1800), but the problem is the same at lower resolutions too.

set custom DPI resolution to 160% or 180%,
the text becomes readable, but there’ll be a few (more) drawing glitches.

be sure Windows XP style DPI scaling is off. plus you have to use the aqua theme.

( i’m pretty sure the biggest usage overall of vvvv is on a macbook pro, but due to the ignorance of technology shifts {multi touch, retina, windows decline, etc} the user experience is really bad, sorry for repeating me )

I was actually looking for that setting in Windows7, but the whole system preferences in Windows are so incredibly hidden and convoluted… truly aweful.

So thanks to your replies I found the DPI settings.

Turns out neither settings were ideal. It was set by default to 150% which looked really bad in vvvv.

100% worked fine, but of course was really tiny. It might come in handy at some point though.

I tried 200% (2x 96dpi) which was nice in theory, but again Windows f**ks this up so badly. Most of the UI elements are looking good, but then some text like in the titlebar are just unusably large.

The text also appears to be fine at DPI settings of ANYTHING BUT 150%.

ps: yes, totally agree rrrr. would be so nice to get with the times and have vvvv on mac with openGL, openCL and what not. DirectX and the whole 3d rendering is a bit of a joke really. Even the best examples remind me of stuff from the 90s demo scene.

I played around with quartz composer a bit, but somehow it lacks the basic building blocks and simplicity of vvvv. 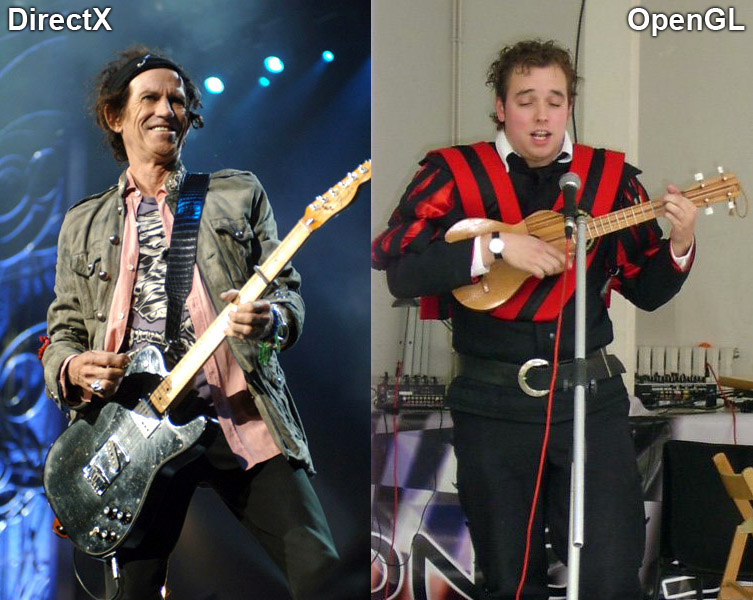 i am not sure what looks better, really

the user experience is really bad, sorry for repeating me

Yes I heard there’s was an amazing and useable program developed by Apple called quartz composer, it’s so great that mac users install bootcamp to use vvvv instead )))) 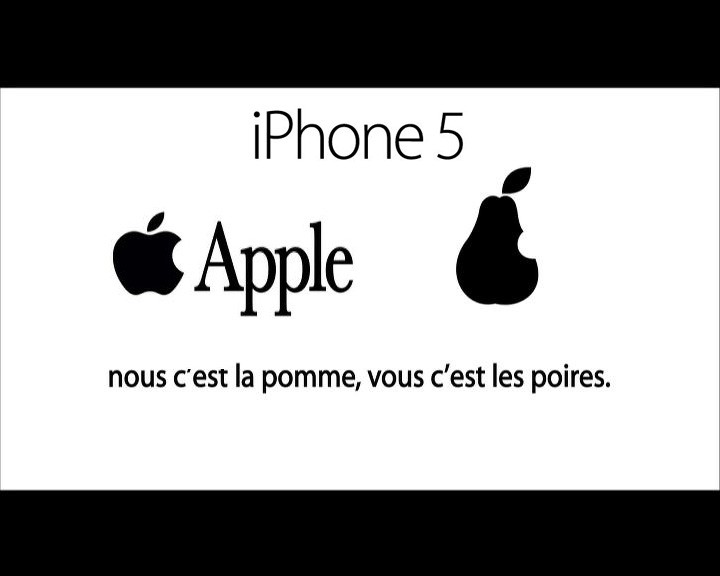 DirectX and the whole 3d rendering is a bit of a joke really.

Even the best examples remind me of stuff from the 90s demo scene.

no offense, but from this i can only conclude that you have no clue at all about the 90’s demoscene. even last years best productions were >90% dx9. the same api you use in vvvv.

now i’m not saying that there’s no need for a newer api as many things can be done more efficiently in dx11. also there’s lots of stuff which couldn’t be done in dx9 before, but your statement is a bit far out imho. ;)

@flateric @m4d
Thank you to have pointed that out: I wasn’t able to explain things without being, dunno why, really annoyed by certain considerations.

Accusing a lot of people of ignorance, it’s just unfair.

For example I don’t think that best output for a renderer would be only retina displays: they are great, but not a standard in buildings projection mapping.

Or that Windows settings are hidden. Come on… So, this is a 90s nagging user scenery.

I just not understand why and how still some assertions are done: imho, they’re mostly captious, short sighted and somehow arrogant (NB: assertions, not people doing them).
But let’s stop here.

Just to clear things up, I am not saying that DirectX or 3D rendering itsself are a joke - I mean the means we have in vvvv to access the true power of them, which is a shame. I know most games still use dx9 and have amazing graphics, but the stuff you can do in 3D with vvvv out of the box is very limited and THOSE examples remind me of stuff from the 90s.

Don’t get me wrong, i love vvvv for its versatility and power, but 3D is just not one of those. And thats fine.

I am mentioning Quartz Composer solely, because there are some amazing looking examples using GLSL shaders, which are not available to vvvv.

i disagree, vvvv is capable of doing great 3D stuff, obviously it doesnt come cheap, you need to put in some work like with any other software. sure, some things are easier to do in unity for example, but customization is harder. and vvvv is all about customization. download a shader, mess with it, adopt it.

if your graphics look 90ies, you should look at how you use the software first. 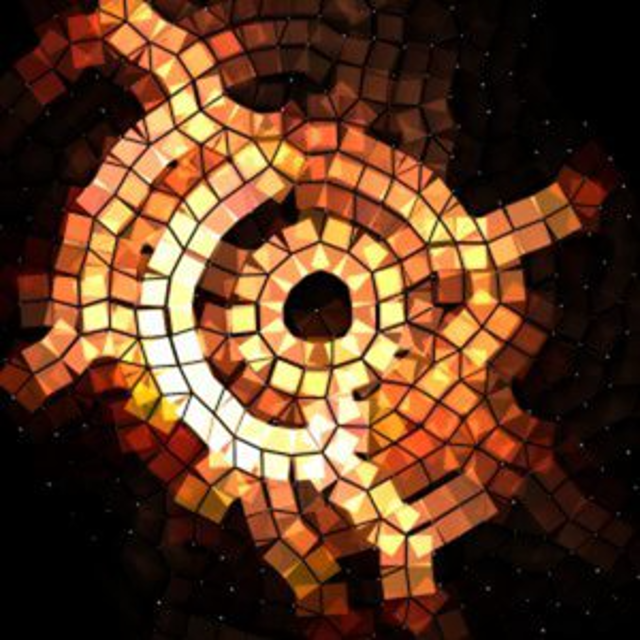 Natan Sinigaglia is sound and visual artist based in Milan. With a strong background in music and realtime graphics programming, he explores the infinite interconnections… 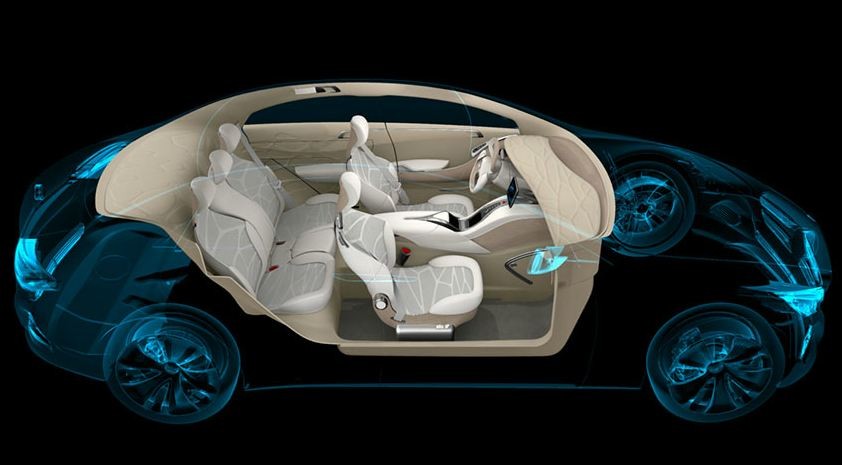 back to the topic, oh i wish vvvv would have a scalable UI, working with various DPI settings

I am not saying that DirectX or 3D rendering itsself are a joke -
I mean the means we have in vvvv to access the true power of them, which is a shame.

What do you feel is missing? isn’t HLSL exactly the means you need? Sounds like you are talking more about a specific implementation then a tool. Also I have to pretty strongly disagree that vvvv is not strong in 3D! I would say it’s one of it’s best parts, and use it daily.

Imho good 3d needs a lot of background knowledge, there is a specific pipeline that will fit for different applications. This is not something easy or neccsarraly desirable to provide out of the box- that can be useful too and for sure has it’s place (some game engines for example) but you would sacrifice flexibility.

I would love to see some easier ways to deal with shaders and such (and I think such things are around the corner), but I really am simply astonished that you would think vvvv is crap for 3D- It’s the poor craftsman who blames his tools.

Ok, i think you are right. I probably know too little about shaders and the like and vvvv’s power lies in exactly the ability to integrate with those, but it needs a lot of background and fundamental knowledge which i don’t have in that area. Should have studied computer science and not design… ;) In quartz I just find the 3D results i can achieve a bit more satisfying. Lets see what the future (DX11) brings and hope people with no shader programming knowledge can get good results too.

Wow that example of the car DOES look amazing! Well, I have never seen anything close to that here on vvvv.org. Is there a link or further info about it?

Wow, that looks amazing! Just one question, you say that it runs at 60 frames per second, but in the video you can see some noticeable delay between movement of the screen and the 3D model!? I guess it’s delay caused by whatever sensor you used to detect the movement. What did you use for that? I built some similar stuff in Uni and reliable, accurate and fast movement detection is always tricky.

Delay was caused by Vertical Sync plus slow analogue sensors. now 3 years later i would use digital encoders and maybe Adaptive Vertical Sync (new Nvidia cards). Although there will always be a slight delay when using Vertical Sync, i didnt find any magic potion against this.

Movement prediction would be nice but unfortunately there is no time machine node ;)

i’m all ears if someone has a solution for slider interaction delay.