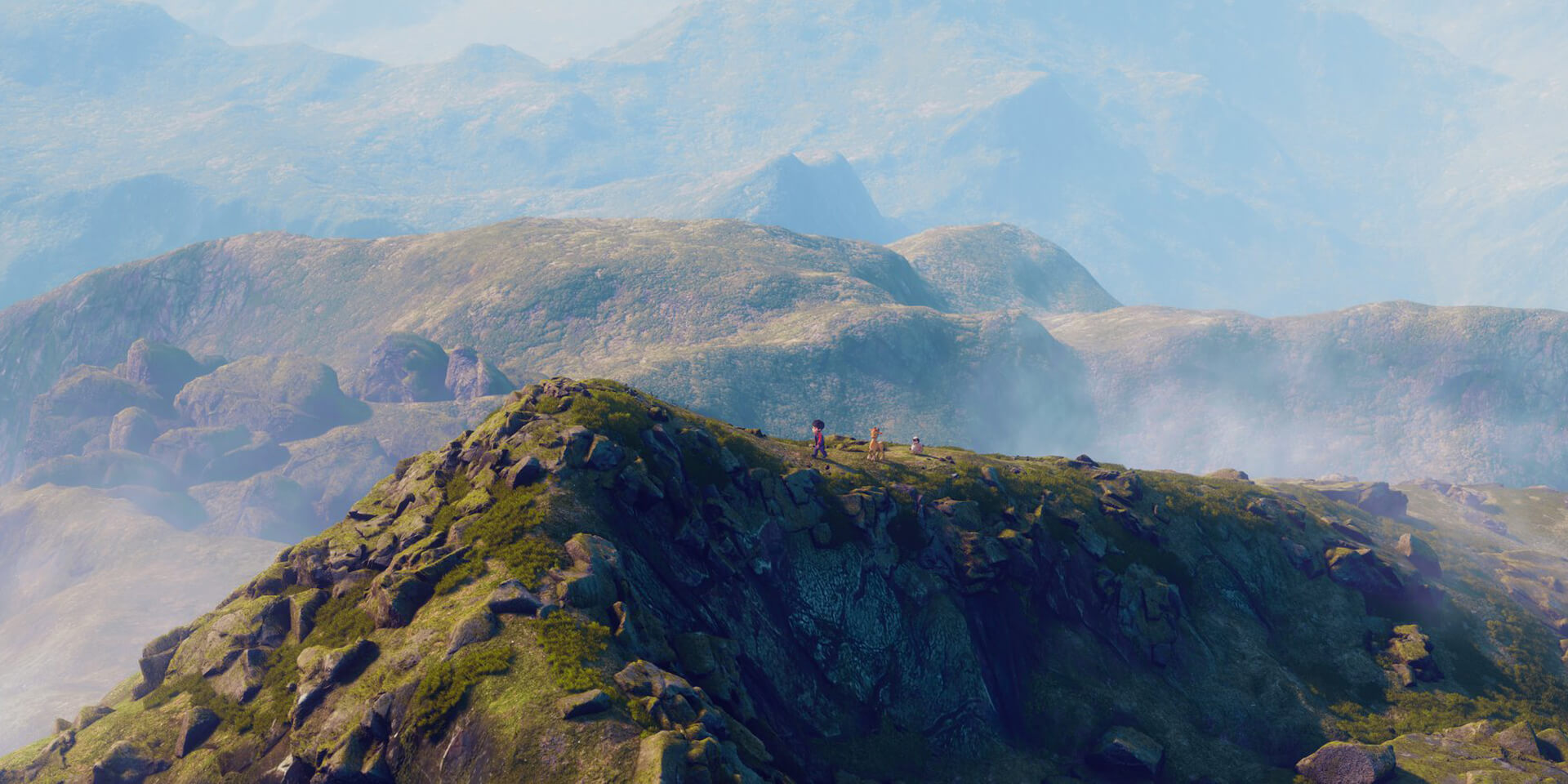 Developing a software tool that integrates with UE4? Creating open-source tools or enhancing the capabilities of open-source software to benefit the 3D graphics community? We love supporting open projects that solve tough problems or improve workflows.

It looks like a bridge between Gamma and Unreal would be an amazing candidate for a grant ;)

but UE4 has Blueprint, which has mostly the same objectives as VL, but it’s a first-party visual language in the engine. although VL has slightly more language features than blueprint does, not as much more to justify an integration imo.

I think that an integration of Gamma would bring far more than what Blueprint can do, especially for media artists/designers, who are currently struggling when using these tools made with Game Development in mind.

The VVVV team could have super convincing arguments and portfolio to showcase to Epic, to make them understand the value of such an integration.

To give you a single example, look at what the media-artist Keijiro brought to Unity.
https://radiumsoftware.tumblr.com/archive
He’s (among other things) a VJ trying to use a game-engine for something else than games.
I have the feeling he had a great influence on the new features in Unity (Shader Graph, VFX Graph…)

But I’m also interested in the other way: what would be the advantages of an integration in UE to VVVV users.

I always dreamt of VVVV as a multipurpose toolkit.
One visual language that could be use to solve many problems in the media art field.
It’s not possible for a small team to cover all these fields (realtime 3D, ML, audio, realtime video…) in one single software.
For that, it needs to integrate with other tools.

I saw the VVVV roadmap, and focusing on Xenko only doesn’t look like a very usable solution for my projects.
I often work with devices for which you can find only Unity/Unreal integration (Hololens, Oculus Quest export, but you can add any piece of equipment in this list).

You can argue than VVVV/Xenko will integrate these devices as well at some point…
But generally, you need the SDK as soon as the device is available, not “maybe later”…

It would be amazing to be able to combine the strengths of both worlds.

Maybe I under-evaluate the quantity of work required by such integrations (and maintenance).
Especially when I see the hard work it takes for an integration with a totally open-source game engine, Xenko.

And last thing, this grant is not ONLY for UE4 integrations.
They supported Blender for example 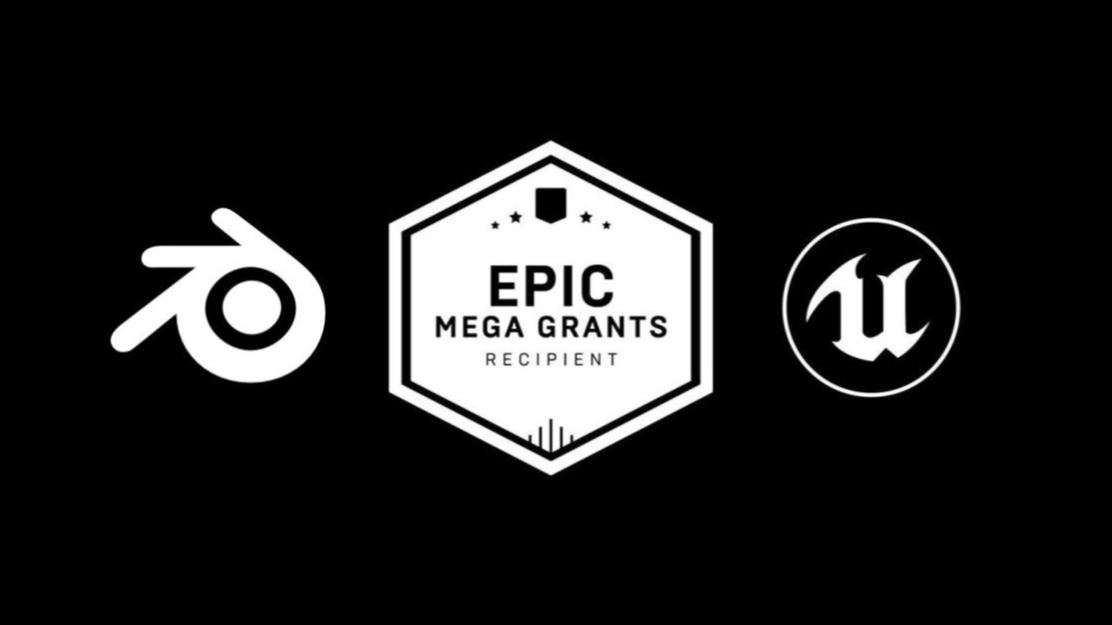 
Creating open-source tools or enhancing the capabilities of open-source software to benefit the 3D graphics community?

I’m sure Gamma by itself could spark their interest.

Developing a software tool that integrates with UE4? Creating open-source tools or enhancing the capabilities of open-source software to benefit the 3D graphics community? We love supporting open projects that solve tough problems or improve workflows.

This automatically excludes vvvv from that funding. There are other companies that license plugins for Unreal Engine, so that could be a potential stream, but they wouldn’t get the grant for that.

I think that an integration of Gamma would bring far more than what Blueprint can do, especially for media artists/designers, who are currently struggling when using these tools made with Game Development in mind.

You underestimate the power of Blueprint ;) I’d say they have the same amount of disadvantages when compared to each-other.

Also integration with Unreal for VL is really unfeasible regarding how differently everything is solved in the 2 systems. The only common thing between the 2 is that both can run on Windows. Especially when VL would only solve such minor set of problems in UE4 which you can do with other tools anyway.

VL + Stride (Xenko) makes much much more sense. They’re both .NET and the high level graqphics interface for Stride is much more easier to develop with than UE4. Stride is also fully open-source with MIT license (UE4 has special open-source licensing with restrictions, and Unity is completely closed source (except for the C# API layer))

C# plugin for Unreal Engine. Benefit from Unreal with all the c# stuff you’re accustomed too, like the language and the Nugets. VL integration could happen (maybe with a COM interface?), but probably some way off after Xenko.

C# plugin for Unreal Engine 4. Contribute to pixeltris/USharp development by creating an account on GitHub.

@ludnny, Gamma is free to use in many circumstances, and uses some opensource technologies, but it is a closed source project https://vvvv.org/blog/vvvv-gamma-licensing-2

I used USharp before, it’s great and it’s enough to interact with the UObjects however that’s it, many APIs which are crucial to work with the engine are not there. So USharp really just replaces Blueprint. Also setting it up so it works correctly requires you to know how to work with Visual Studio and the command line at which point you probably don’t have any problems writing just C# either.

What level would you want to work with the engine? I don’t think people want to break from UE4’s workflow, they wanna use the engine to setup a scene and control various parts of it, and maybe squeeze in some dotnet backend stuff on the way. It just means you don’t get to hack shaders

just to demonstrate how things which are kinda taken for granted in vvvv are not exactly there in UE4 UClass exposed parts: if you need to draw a 2D bezier line path onto a UI element in UMG (Blueprint/UClass exposed UI drawing module in UE4) in vanilla, you’d need to use the Slate API in C++, which is not exposed to the UClass reflection system. Therefore you can’t access it from BP, C# in USharp or from any other third party scripting implementation (because there are couple more (Javascript, Python, Lua just to mention a few)). Or for example if you want to work with actual HLSL shaders, not the material editor, that’s also not exposed to the UClass reflections. Unfortunately UE4 is pretty much tied to C++, that’s the language Epic Games is prioritizing, and then Blueprint. You can actually do pretty amazing stuff with it if you combine C++ with BP and other domain specific, semi-scriptable tools in UE4

I even give Unity much more sense to try with VL actually than UE4 if you’d really want VL inside one of the giants. I really hope Stride (ex Xenko) will become one of those giants one day.