Does anyone have any experience creating content for a dome master system in vvvv?

any hints and tips would be welcome on where to start.

I have found this resource that seems to explain a bit, but I am a bit puzzled about how to create the equidistant fisheye texture.

the way we did it for this project was:
http://www.wirmachenbunt.de/events/ich²

1.ripping the masks and grid informations of the existing system
2.build 6 meshes out of the grids, one for each projector
3.create a camera rig in vvvv, positioned at the centre where the audience sits, one camera per projector per grid
4. render your scene which each camera to texture to grid
5.grid gets projected and optimized with softedge mask (can be images)

not sure if this applies to your project, i guess one doesnt need blueprint grid, you can just split the dome into parts 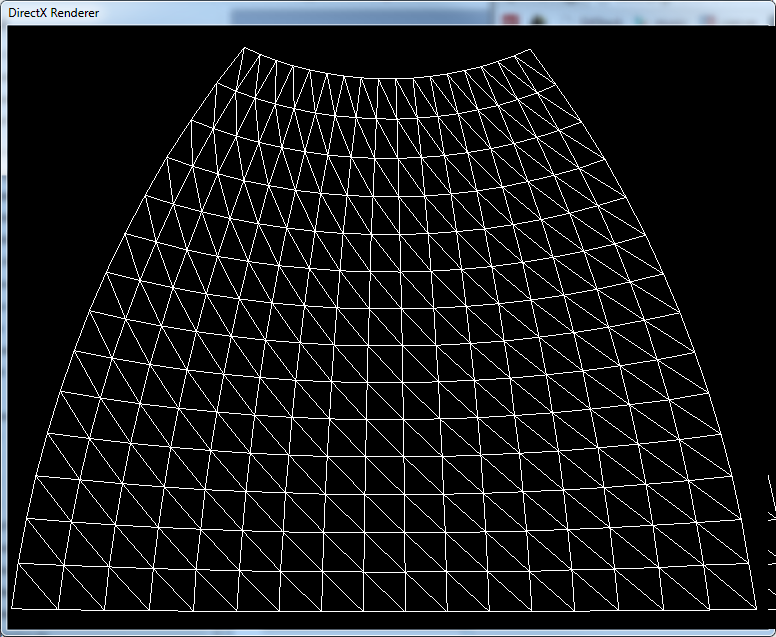 What you need is a fisheye camera :)

Let me know if you have any issues with it

i’m curious about this,sorry for asking,do i also need to rendering out video content as equirectangular texture like sunep asked

use my fisheye cam

@mrboni the CubeToFisheye.x mesh seems to be missing from the zipfile

WOW! this looks just like what I need. Thanks mrboni!

Been using it successfully for nearly 3 years now :)

Credits to Paul Bourke for the mesh http://paulbourke.net/

Using the ‘dome master’ in vvvv, even just as an intermediary format before live projection, makes it easy to apply post fx / mix sources etc

@mrboni I can’t really talk about until it’s made public, which will happen some time in the fall.

No worries, keep me posted.

Always keen to hear about other fulldome projects

Thanks for sharing mrboni, this is a really helpful patch.

I’m wondering if you have experiences with two related issues:

1.Interaction:
It would be cool to interact with the domes content. For example, by displaying the same content on a multi touch device. But due to the fisheye distortion, it became difficult to evaluate the correct mouse/touch position.

2.Stereoscopic:
Did you ever try to make a stereoscopic dome? On Paul Bourke’s website are some solutions proposed for stereoscopic 360 projections. I was trying to translate them into a vvvv patch (forum:stereoscopic-panorama). I didn’t continue this because it involved the use of many cameras, which slowed down vvvv a lot. Maybe you have some suggestion how to do stereo visuals for a dome or a 360 projection setup.

full dome and stereoscopy don’t mix too well. it works ok in imax-style theaters, but if you do not have a controlled focus (for example when people are allowed to walk during the show, or sit in a circle) you will have to compromise massively.

it can be alright if you only do a panorama or rotunda (and some left-right distortion, depending on the depth of objects), but stereoskopy in the apex of the dome is hardly possible (because in most cases you do not know which angle the eyes have and therefore in which direction you should do the left-right-distortion).

i have a new setup for dx11 for fulldome, and i think i’ll release it sometime next month, while i am at the SAT in Montreal. the setup is fully based on cubemaps (awesome work by unc) and allows for moving the sweetspot in the dome in realtime.

Right, in a dome probably left/right separation gets screwed up in the upper part. In a panoramic 360 projection it should work well. I have tried it (pre-rendered) but would love to do it in vvvv, although it seems the approach using multiple cameras costs too much CPU power. Any other suggestions?

Right, in a dome probably left/right separation gets screwed up in the upper part. In a panoramic 360 projection it should work well. I have tried it (pre-rendered) but would love to do it in vvvv, although it seems the approach using multiple cameras costs too much CPU power. Any other suggestions?